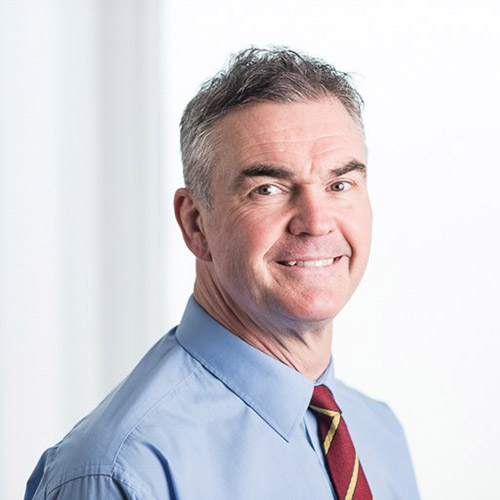 Sean’s medical training was at Cambridge University and St Mary’s Hospital, Paddington. His specialist orthopaedic training began in NW London and culminated in Fellowships in knee surgery in both Melbourne and Sydney, Australia. He is a consultant at the Royal Berkshire Hospital and was Clinical Director in 2010/11.

His research work and editorials have been published in numerous Orthopaedic Journals and he is the surgical lead in a project to redesign instruments for the LINK (St Georg) unicompartmental (partial) knee replacement. He hosts regular instructional courses for consultants from Europe and beyond and Reading is a specialist centre for this particular procedure.

He was a key figure in establishing the UK National Ligament Registry in 2013 and was Chairman from 2013-16. In addition Sean is a member of the Executive Board of the British Association for Surgery of the Knee and is working with the British Orthopaedic Association to develop the a framework for the UK Orthopaedic Registries.

Most of his early years were spent playing sport – athletics, basketball (National League, Plymouth Raiders) and rugby. He played with Wasps, Bath, Saracens, Barbarians and the England ‘B’ team (1988-91). More recently he has turned his attentions to (old man) indoor rowing (British Indoor Championship), cycling and the occasional real ale

​Please note: Mr O’Leary consults on a Monday & Tuesday afternoon and operates on a Tuesday morning.

Nev underwent his basic medical training at St. Mary’s Hospital Medical School, London and qualified in 2000. After completing Basic Surgical Training in London he moved to Oxford and spent six years on the Oxford Orthopaedic Specialist Registrar training programme where he developed an interest in adult knee surgery and children’s orthopaedics. In 2009 he undertook a fellowship in Sydney, working at the Children’s Hospital Westmead, under the wing of Assistant Professor David Little, specialising in children’s orthopaedics.

Nev was made a substantive NHS consultant at the Royal Berkshire Hospital in November 2011. He has been involved in teaching and research throughout his career and has presented at international meetings and published work in peer reviewed journals. He has also written two books on orthopaedics both published by Oxford University Press.

Nev has a particular interest in children’s & adolescent knee conditions. On the adult side his main interest is Unicompartmental Knee Replacement. Nev has published research during his training on a wide variety of topics, including Children’s Reported Outcome Measures in Orthopaedics and Telescopic Growing Rods. His current projects at the Royal Berkshire Hospital include the treatment of Perthes disease and management of musculoskeletal infection in children.

Nev is married with three young children. Outside work, Nev is a keen golfer and is a proud supporter of the Welsh Rugby Team.

Please note: Mr Davies consults on a Tuesday and operates on a Monday morning. 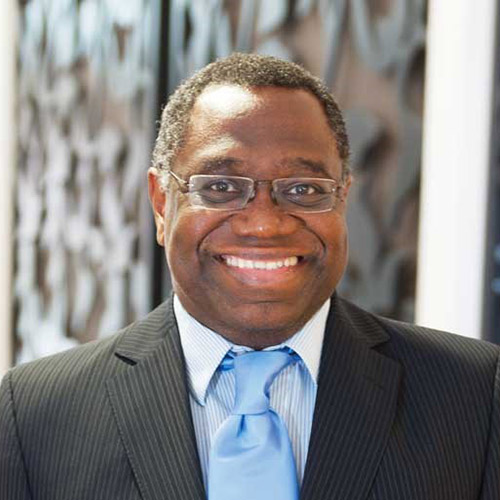 Mr Shawn Tavares qualified as a medical doctor from the University of the West Indies in 1987. His orthopaedic surgical training was done on the Oxford training programme with rotations in Oxford, Stoke Mandeville and Reading. This was complemented with a clinical fellowship in knee sports injury surgery at Chelsea and Westminster in 1998/99.

During this time he was also involved in several biomechanical research projects at Imperial College under the guidance of Professor Andrew Amis.

He returned to the Nuffield Orthopaedic Centre in Oxford in 2000 to complete his training in hip and knee arthritis surgery prior to taking up his current post as a consultant orthopaedic surgeon at the Royal Berkshire Hospital in Reading.

Mr Tavares has pioneered Birmingham hip resurfacing and computer-navigated surgery in Reading. He has developed a service for day case Anterior Cruciate Ligament ACL) reconstruction. Shawn was Clinical Director for trauma and orthopaedics at the Royal Berkshire Hospital from 2004 to 2007. He was clinical governance lead from 2007 to 2010. He is the departmental lead for Enhanced Recovery following hip and knee replacements.

Shawn’s publications include an editorial on hip bearing materials, a book chapter on knee injuries for the ODPM (Office of the Deputy Prime Minister) fire-services occupational health guide; and a scientific paper on meniscal (sports cartilage) repairs. 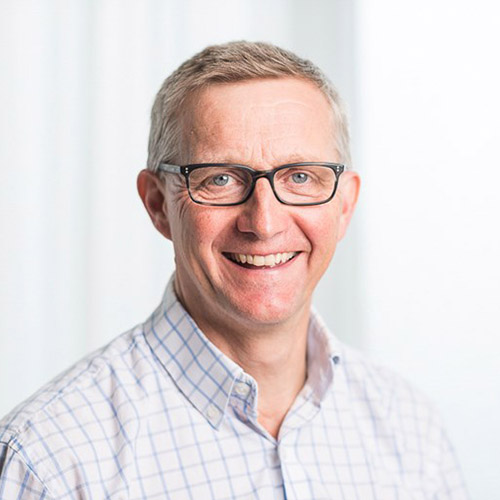 Richard was born in York but became a “southerner” at the age of 5. He was educated at Kingston Grammar School, St.Catharine’s College, Cambridge and St.Thomas’s Hospital, London. After basic surgical training, he became a Registrar at Reading and Oxford, and then Senior Registrar at St.Mary’s Hospital, London. He carried out a Fellowship in Knee Surgery in Brisbane, Australia with Dr.P.Myers, and paediatric training with Dr.T.Maguire in Brisbane and Mr.A.Catteral and Mr.J.Fixen in London (Royal National Orthopaedic Hospital and Great Ormond Street).

Richard has a special interest in the management of osteoarthritis of the knee and in sporting injuries of the knee, as well as in the orthopaedic management of children. He carries out partial and total knee replacement surgery including complex and revision cases, arthroscopic (keyhole) surgery and ligament reconstruction. He has a passion for education and training the next generation of surgeons having been Chairman of the Oxford Region Specialty Training Committee for 5 years and Director of Medical Education for the Royal Berkshire Hospital for 6 years.

Richard won 144 senior international hockey caps for England and Great Britain culminating in winning the Olympic Gold Medal in Seoul in 1988. He is still trying to compete in veterans hockey, and also plays golf and cycles the roads to keep fit. 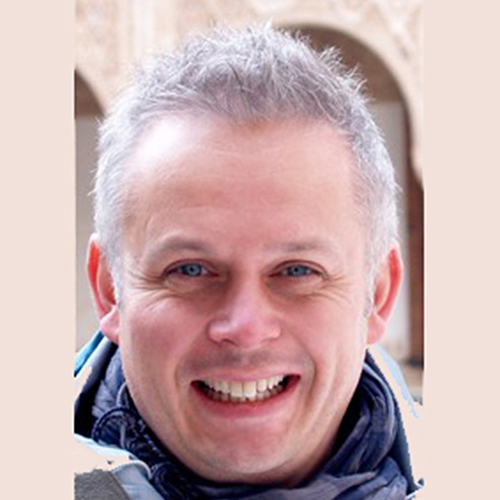 John Morley qualified in medicine from The University of Glasgow in 1994. He undertook his basic surgical training in the West of Scotland and was awarded his Fellowship of the Royal College of Surgeons of Edinburgh (FRCSEd) in 1998. He then completed a Research Fellowship in the Academic Department of Orthopaedic Surgery at the University of Leeds, studying the body’s response to major trauma. He was awarded the Doctor of Medicine Degree (MD) for his research thesis by the University of Leeds in 2007. The results of his research have been presented around the world and published widely in medical and scientific journals.

John’s Specialist Orthopaedic training was in the Yorkshire Deanery based in the Academic Department of Orthopaedics in Leeds where he also worked as a Clinical Lecturer at the University. Prior to leaving Yorkshire he undertook a specialist training fellowship in Hip & Knee replacement at the Chapel Allerton Orthopaedic Centre, part of the Leeds General Infirmary. To further develop his specialist expertise in Hip and Knee surgery he spent a further 2 years undertaking fellowship training at world-renowned orthopaedic centres.

In 2009 he spent a year at the Exeter Hip Unit, famous for its pioneering work in developing the Exeter Hip replacement. In 2010 he worked for year as a Joint Replacement and Orthopaedic Oncology Fellow at the Nuffield Orthopaedic Centre in Oxford gaining further specialist expertise in the treatment of complex joint and bone problems.

John was appointed as a Consultant a Trauma & Orthopaedic Surgeon at the Royal Berkshire Hospital in 2010. He has a practice that involves Trauma, Arthroscopic surgery to the knee and Primary and Revision Hip and Knee replacement. In addition he provides a service for patients with metastatic cancer that has spread to bone and requires surgical treatment.

As well as his NHS practice at the Royal Berkshire Hospital he consults and operates at Circle Reading and Spire Dunedin Hospitals.

Outside of work, John enjoys many outdoor pursuits including running and has completed two marathons in the last 2 years and is planning to do his third sometime soon. In addition he enjoys road cycling and the occasional round of golf. He also has a passion for music and is a keen musician, playing a variety of instruments as well as singing in The Oxford Gospel Choir. 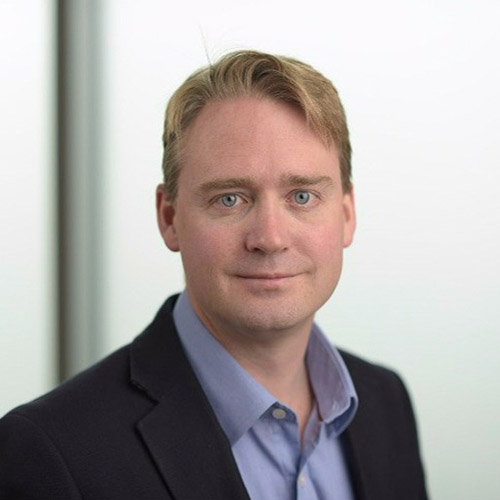 Mr Edward Tayton MBBS, FRCS, PGCE, MSc, PhD, is a fully qualified UK trained Orthopaedic and Trauma Surgeon. He has over 12 years’ experience in Orthopaedics, and now specialises in Hip and Knee surgery. He qualified from the University of London in 2002 and completed his higher surgical training in the Wessex region of Southern England.

​Edward has been heavily involved in cutting edge research throughout his training. He has published over 20 research articles in top journals.

He initially gained a Master of Science Degree from the University of Cardiff in 2009 for his work on a novel flexible stemmed hip implant to reduce the risk of fracture post hip replacement.

He went on to take up a full-time research position at the University of Southampton where he led a Medical Research Council funded project assessing tissue engineered polymeric scaffolds with stem cells as a method of regenerating lost bone and cartilage. He won numerous prizes for the work including the Translational Research Award and Gauvain Prize, as well as gaining a patent for a novel regenerative scaffold that he developed. He was ultimately awarded a PhD from the University of Southampton in 2014.

His keen research interest remains. His most recent paper on reducing infection in Knee Replacement Surgery was highlighted as one of the most important of 2016 by the Bone and Joint Journal.

He is dedicated to passing on skills to the next generation of surgeons. He supervises numerous junior doctors, and holds a Post Graduate Certificate in Medical Education (PGCE). His current research interests lie in novel predictive tools for outcomes after joint replacement surgery, as well as robotic surgery for joint replacement.

​After completing his standard UK training he undertook an international fellowship in Auckland, New Zealand, where he obtained specialist training in complex hip and knee surgery. During this time he gained additional knowledge and skills in computer navigated knee replacement, revision hip and knee replacement, as well as unicompartmental (half) knee replacement. On return to the UK he underwent further sub-specialist training under the guidance of Professor Robert Middleton, learning techniques for the management of complex hip problems, including hip arthroscopy and complex revision hip surgery.

Edward is married with a young daughter and new baby son. He used to enjoy running, cycling and kitesurfing!

Please note: Mr Tayton Consults on Tuesdays and Thursdays, and operates on Mondays and occasional Tuesdays. He also offers a medico-legal reporting service at the Berkshire independent Hospital on Thursday mornings.